Two of the welterweight division’s most devastating strikers are expected to throw down at the UFC’s final pay-per-view of the year.

MMA Junkie confirmed with multiple people close to the situation that the fight is in the works, though bout agreements have not been signed. The people requested anonymity because the fight has not been officially announced.

With the addition, the latest UFC 245 card includes:

Staff member
No idea what to think after that last shit-worthy outing.

Site Donor
Lawler doesn't back down from a tough fight.

Poindexter said:
No idea what to think after that last shit-worthy outing.
Click to expand...

I don’t think Robbie came to that fight, his body was there but I think he checked out. The dude never makes excuses so we won’t know if he was injured or just there to collect a check.

Conspiracy theory.......Since Trump JR was there. They got to him. When have you ever seen him gunshy like he was?

Staff member
Another potential fight for 245...

Site Donor
Damn shame. Though weird to have a card that doesn't seem hot right now have such a bananas UFC 200-esque lineup.

Make it happen! I would love to see Lawler knock his head off.

Site Donor
At this point, and given the styles, I would give Perry an honest chance of winning. 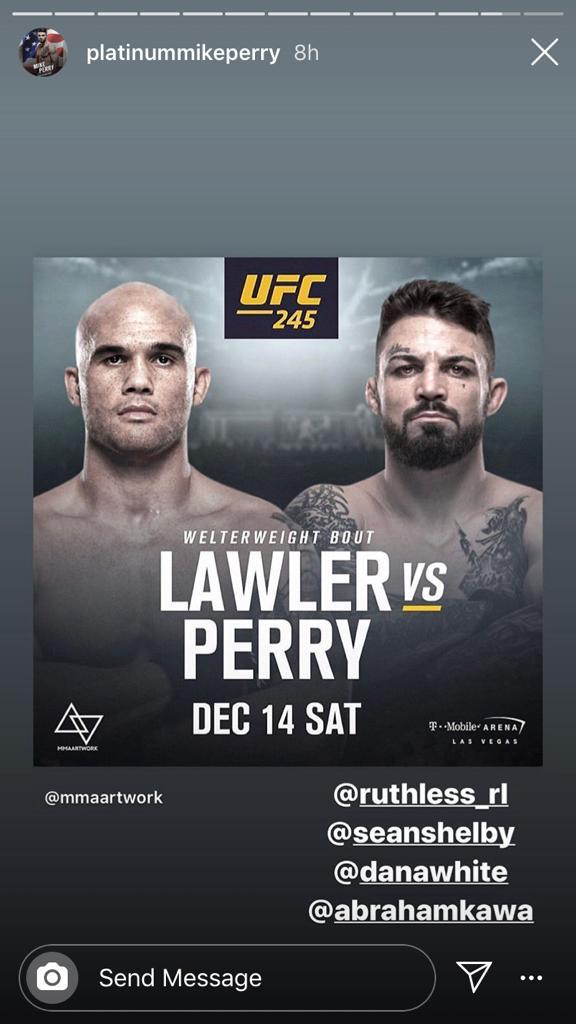 Site Donor
What is being dubbed the Lawler curse.