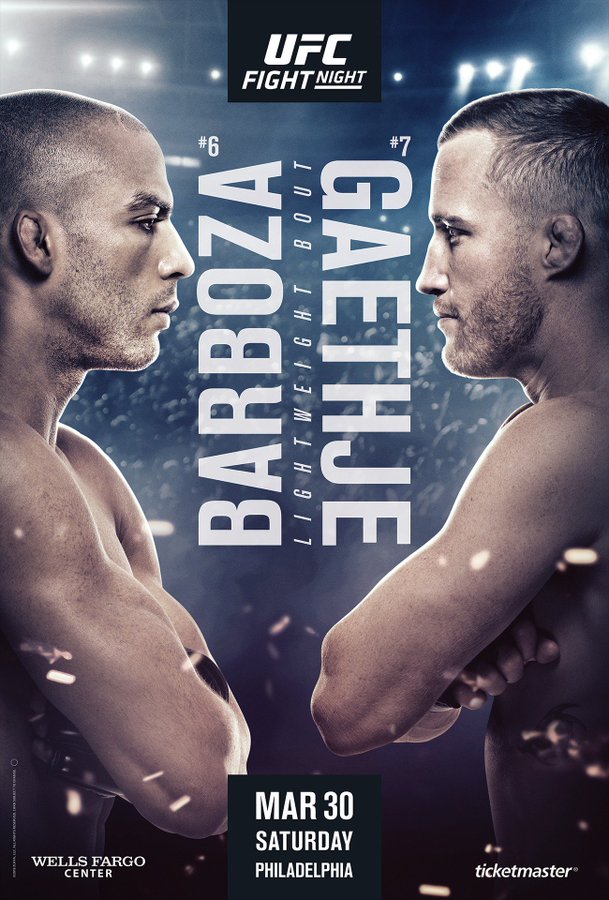 Site Donor
Barboza is a freaking killer. Legs are gonna be hurting

This Nashville card is going to be pretty dope.
C

MMA Pick 'Ems World Champion
so is the fight or Pettis/Thompson the ME?

Kevo said:
This Nashville card is going to be pretty dope.
Click to expand...

It's being targeted for Philly, not Nashville.

Sakara=Excitement said:
It's being targeted for Philly, not Nashville.
Click to expand...

Kevo said:
Did that change today?
Click to expand...

Never mind I see it

It’s a fight that seems destined to deliver action, and it’s been booked for five rounds.

Barboza, No. 6 in the latest USA TODAY Sports/MMAjunkie MMA lightweight rankings, is one month removed from a TKO drubbing of lightweight up-and-comer Dan Hooker at UFC on FOX 31. The win was shadowed by criticism that Hooker took too much damage over two rounds, but it was a much-needed turnaround for the Brazilian after back-to-back losses against current champ Khabib Nurmagomedov and onetime interim title challenger Kevin Lee.

No. 9-ranked Gaethje has been inactive since August, when he destroyed the surging James Vick inside 90 seconds at UFC Fight Night 135. The win put him back on the right track after two consecutive losses against Eddie Alvarez and Dustin Poirier, respectively, that marked his only professional defeats.
Click to expand...

Site Donor
Gaethje gets slept by the end of the first or early in the second. Edson is going to tee off.

Staff member
Another additions to ESPN+ 2

Loyal lookin', but with a heroin-esque gleam of bad habits in her eyes (Sabina Mazo): 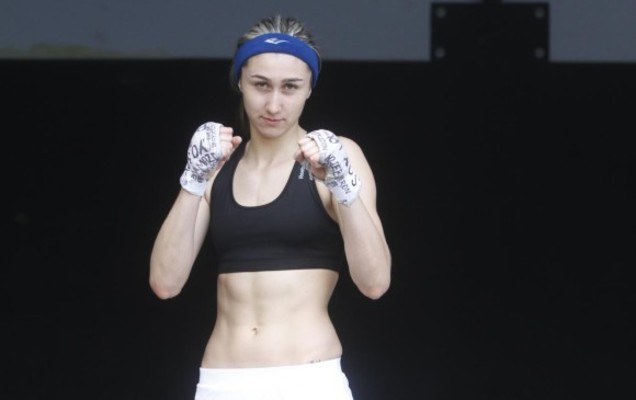 Noise said:
Loyal lookin', but with a heroin-esque gleam of bad habits in her eyes (Sabina Mazo):
Click to expand...

The former WSOF Lightweight champion of the world Justin Gaethje is known as a master of leg kicks and a very tough fighter who fights until the last bell. In his last three clashes, Gaethje had ups and downs, with two losses and one win.

Gaethje lost to Eddie Alvarez at UFC 218 via KO. Justin’s clash with Dustin Poirier in the main event of UFC On Fox 29 was simply excellent! Justin Gaethje lost via fourth-round TKO, but the match was a real wild brawl!

In his last match, “The Highlight” dominated James Vick at the main event of UFC Fight Night 135 to secure a KO win after only 87 seconds!

Justin Gaethje recently spoke on Ariel Helwani MMA show. “The Highlight” believes his paycheck should be raised, as there is a possibility he might suffer a serious injury or even die inside the Octagon during the last two rounds. (h/t MMAMania.com)

“At the end of the day I may sound like a little bitch when all that comes out. I mean, I am getting, this is four out of five fights that I am main event. There is a reason for that. I would like to be compensated more fairly for those last two rounds,” said Justin.

“But, those two rounds, especially for someone like myself, are the most dangerous rounds that there are. If I do pass away or suffer a serious injury it will probably come in the fourth or fifth round. That’s my only complaint when it comes to that. But again, that’s a small complaint because I am getting a main event on ESPN. The eyeballs are going to be tremendous and it’s going to be great,” said Gaethje, while revealing headlining a UFC event nets a fighter an extra $25,000 payout on top of his or her salary.”

Justin Gaethje claims that championship rounds leave serious health consequences on his body. He thinks $25,000 simply isn’t an adequate reward for that.

“I may sound like spoiled brat when I say an extra $25,000 is not enough, but it is not enough. Who knows what I will get paid, I don’t even want to say, but let’s say I get paid 100/100 for the first three rounds. Then I am getting paid $25,000 for the most crucial, most devastating to my health rounds that there are. And that’s rounds four and five,” he concluded.

Justin Gaethje is set to meet kicking expert and KO artist Edson Barboza in the main event of UFC On ESPN 2, on March 30, 2019, in Philadelphia, Pennsylvania.
Click to expand...

I would like to be compensated more fairly for those last two rounds (...) I may sound like spoiled brat when I say an extra $25,000 is not enough, but it is not enough.
Click to expand...

Bitch to your fucking manager.

Site Donor
$179 gets you cageside tickets for 'UFC on ESPN 2: Barboza vs. Gaethje' in Philadelphia

For the first time since 2011, the UFC is headed back to the “City of Brotherly Love.”

UFC on ESPN 2 tickets go on sale Friday – and they include a pre-sale period that starts today. The event takes place March 30 at Wells Fargo Arena in Philadelphia. The card airs on ESPN following early prelims on ESPN+.

The event will have a start time that is earlier than North American fans are used to for events in the States. The main card will air on ESPN at 7 p.m. ET following prelins at 3:30 p.m. ET on ESPN+ and 5 p.m. ET on ESPN.

Tickets for the event range from $74 for the nosebleeds to $179 for the floor and cageside (not including fees) through WellsFargoCenterPhilly.com.

UFC on ESPN 2 tickets go on sale to the general public on Friday beginning at 10 a.m. ET. However, a pre-sale period begins today for UFC Fight Club members at 10 a.m. ET, and e-newsletter subscribers can buy seats Thursday at 10 a.m. ET. Buyers are limited to eight tickets each.
Click to expand...

I'll probably be working it from the State side of things.

Not gonna lie, if I'm stuck in the back during the Gaethje fight I'll be a sad mfer.

The lineup for the UFC’s return to the “City of Brotherly Love” continues to build with the addition of two new matchups.

Emmett will be trying to rebound from a second-round TKO loss to Jeremy Stephens in the UFC on FOX 28 main event a year ago this past weekend. Facial injuries he suffered in the fight kept him out the rest of 2018. Prior to that, he had a two-fight winning streak in his return to featherweight with victories over Flipe Arantes and former title challenger Ricardo Lamas.

Johnson has back-to-back much-needed wins over Andre Fili and Artem Lobov after struggling through a stretch that saw him lose five of six fights – including three straight by stoppgae to current lightweight champ Khabib Nurmagomedov, former WSOF champ Justin Gaethje, and Darren Elkins.

Borg is about 16 months removed from fighting for the flyweight title at UFC 216 in October 2017. In that fight, which came on the heels of a modest two-fight winning streak, he was submitted by then-champion Demetrious Johnson with a fifth-round armbar. Now Borg is moving up to 135 pounds to take on Pingyuan, a move that comes in the wake of recent rumors that the UFC soon will dissolve the men’s flyweight division.

Pingyuan made his UFC debut in mid-2018 and picked up a unanimous decision win over Damian Stasiak, then a split-call victory over Martin Day at UFC Fight Night 141. That ran the 26-year-old Chinese fighter’s winning streak to 10.
Click to expand...