Demetrious Johnson stepped away from the UFC before it could shut down the men’s flyweight division. But for those looking to follow in his footsteps, the former champion said it might not be so easy.

“I think ONE Championship, they’re very particular who they like to pick, and they’re not just going to swallow this division,” Johnson told reporters, including MMA Junkie, at a recent media day in Las Vegas. “That’s not what they’re looking to do. They’re cherry-picking the athletes for their roster and what fits the brand the best.”

Johnson (27-3-1) is one of several veteran UFC fighters who joined the Asia-based promotion’s roster in recent months. He said the division he left doesn’t look a whole lot different with current UFC champ Henry Cejudo at the top.

Although Cejudo appeared to stave off the flyweight division’s shuttering with a knockout of bantamweight champ T.J. Dillashaw at UFC on ESPN+ 1 in January, Johnson said not much has changed. The future has always been precarious.

“I think it’s gone the same way it did when I was champion,” he said.


Johnson dismissed the idea that he signed with ONE Championship as a response to the state of the UFC flyweight class. Rather, it was an opportunity to fulfill a lifelong dream.

“It was more along the lines that I have five years left,” Johnson said. “I give myself five more years. God bless Vitor Belfort, 41, still kicking butt. I don’t think I can do it.

“You look at all the great athletes in MMA, (Mirko) Cro Cop, Vitor, (Gegard) Mousasi, those guys competing over in the east and then competed over in the west, and for me, I never got the opportunity to. So this is a perfect opportunity for me, for my last five years, to go out and try to do something totally different that I didn’t see myself doing.”


Johnson makes his debut as part of an eight-man flyweight tournament set for “ONE Championship: A New Era,” which takes place March 31 at Ryogoku Kokugikan in Tokyo, Japan.

In his new home, Johnson said he’s more comfortable because he isn’t carrying the fate of a division on his back. Now, he can be more of himself.

“I felt in the past when I was doing media for a different market, you’re trying to sell pay-per-view,” Johnson said. “Right now, the biggest thing (ONE CEO) Chatri (Sityodtong) says to all his athletes is, ‘Just be authentic.’ And that’s what I’m being.

“I love to go out there and give my best and display my skills in MMA to the world. I’m happy to be able to focus on that, so now I don’t mind talking to the media.”
Click to expand...

When ONE Championship CEO Chatri Sityodtong announced late last year that Johnson would be joining the promotion, one of the American’s deciding factors in joining was hearing Sityodtong’s take on martial arts as a whole.

“When I heard Chatri for the first time, he was very passionate, not about mixed martial arts but martial arts in general, and what he wanted to bestow upon the world and about creating real-life heroes,” Johnson told the Japan Times, referring to ONE Championship CEO Chatri Sityodtong.

“My wife, she texted me when I got back to the hotel room and she was like ‘I’ve never heard someone talk so passionately about their company and their athletes.’” 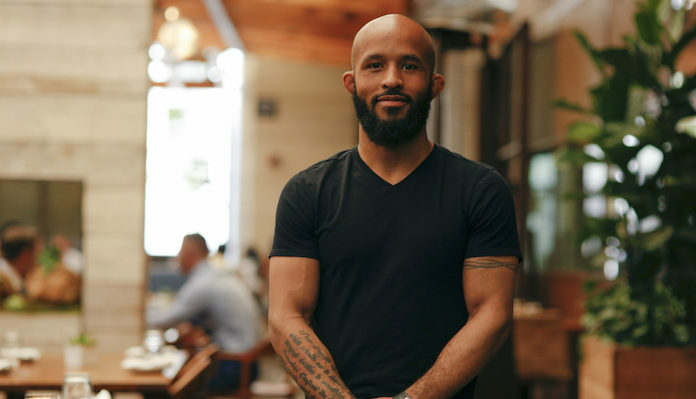 Image: Onefc.com
Demetrious Johnson felt that after defending his title 11 times in the course of almost a decade, it was time for him to find growth and new challenges elsewhere. ONE Championship had offered him a package he found hard to refuse and it appears he made the right decision.


“I spent most of my career in North America, so I figured it was a perfect time to do it, so I took advantage of it,” Johnson said.

“Here I am in Asia, ONE Championship, brand new weight class, brand new opponents, brand new organization. I think I have five more years left in me and I think it’s a perfect way to end it.”

Now that he is competing in Asia, there is a long line of martial arts stars itching to get in the cage with him. His first bout is already set, a quarter-final match of the highly-anticipated ONE Flyweight World Grand Prix at ONE: A NEW ERA which takes place Sunday, 31 March in Tokyo, Japan. Standing opposite the cage from him is local star Yuya “Little Piranha” Wakamatsu. 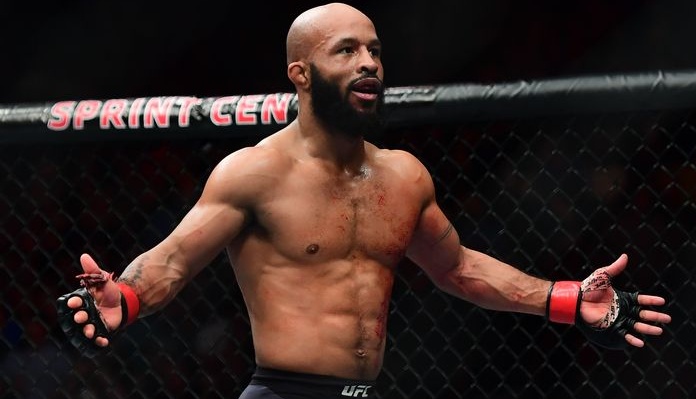 Weeks before his debut, Johnson still heaps praises on how ONE Championship is focused on the honorable side of martial arts, and how it can catch on with fans in North America.

“There’s a lot of people who say, ‘I had never heard of ONE Championship until you signed with it. Now I’m going to watch it,” Johnson exclaimed.

“Then, boom, they get exposed to kickboxing, the Muay Thai, the submission wrestling. Then they’re like, holy s—-, they actually have kickboxing here? Then he tells his friends he tells and his friends’ friends.”

“Now it will get even bigger, coming to Japan,” Johnson concluded.

“It will continue to get bigger as long as you keep signing the right talent. Once you start getting Americans into the organization, then the followings who have been watching them in America will follow them to wherever they go.”
Click to expand...